Another very old project... I will confess that I used to be a swap addict! The swap blocks were from before the high speed internet since they were made in 2006! 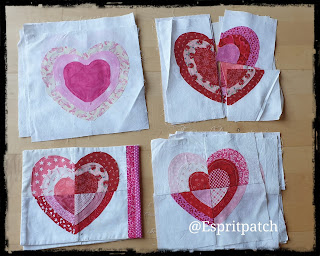 The idea for this swap was to prepare some blocks with 3 raw edge hearts applique on top of each other. The hearts have an indent on the side and in the middle to be sliced up. This is a variation on the "bull eye pattern". 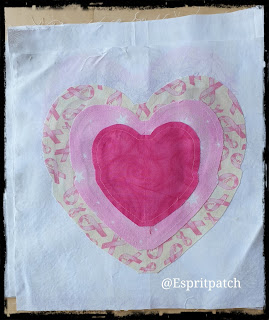 After the blocks had been swapped, we were supposed to cut them in 4 (in half vertically and horizontally). Next step was to pick pieces from 4 blocks and assemble them together into a new heart. 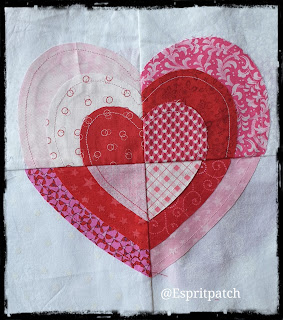 I had started rebuilding the blocks but not all of them. I even used some blocks to make photo album covers. I had made those in 2013 for the wedding of my son's favorite teacher and probably had one extra. You can read all about it here. 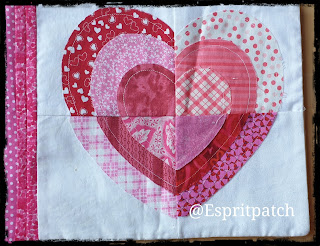 When I found those blocks, I knew I would never do anything else with them so it was time to let them go and share the love. They have now found a new home!
Celine
Posted by Celine at 20:00

Thank you for stopping by, I hope you enjoyed your visit. I love reading your comments.
Thanks again and I hope you come back to see me. 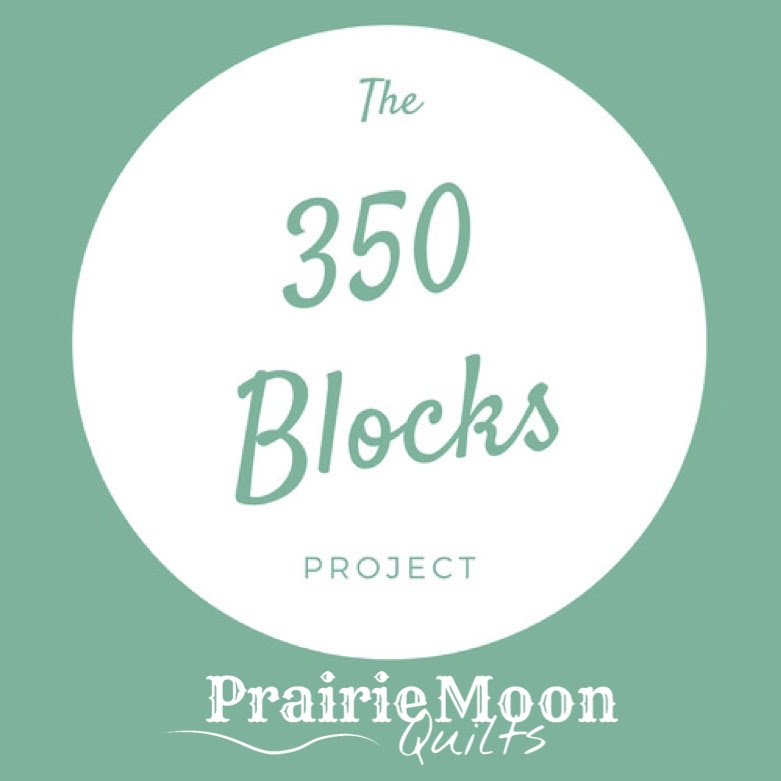