There has been so much going on with swaps, presents, baking, getting ready for Christmas, finishing work etc and lots of temptation to join in the fun here and there. I have massively failed to follow the Fair Isle quilt-along, I have cut all my fabric pieces in early November but have hardly done any sewing on it. 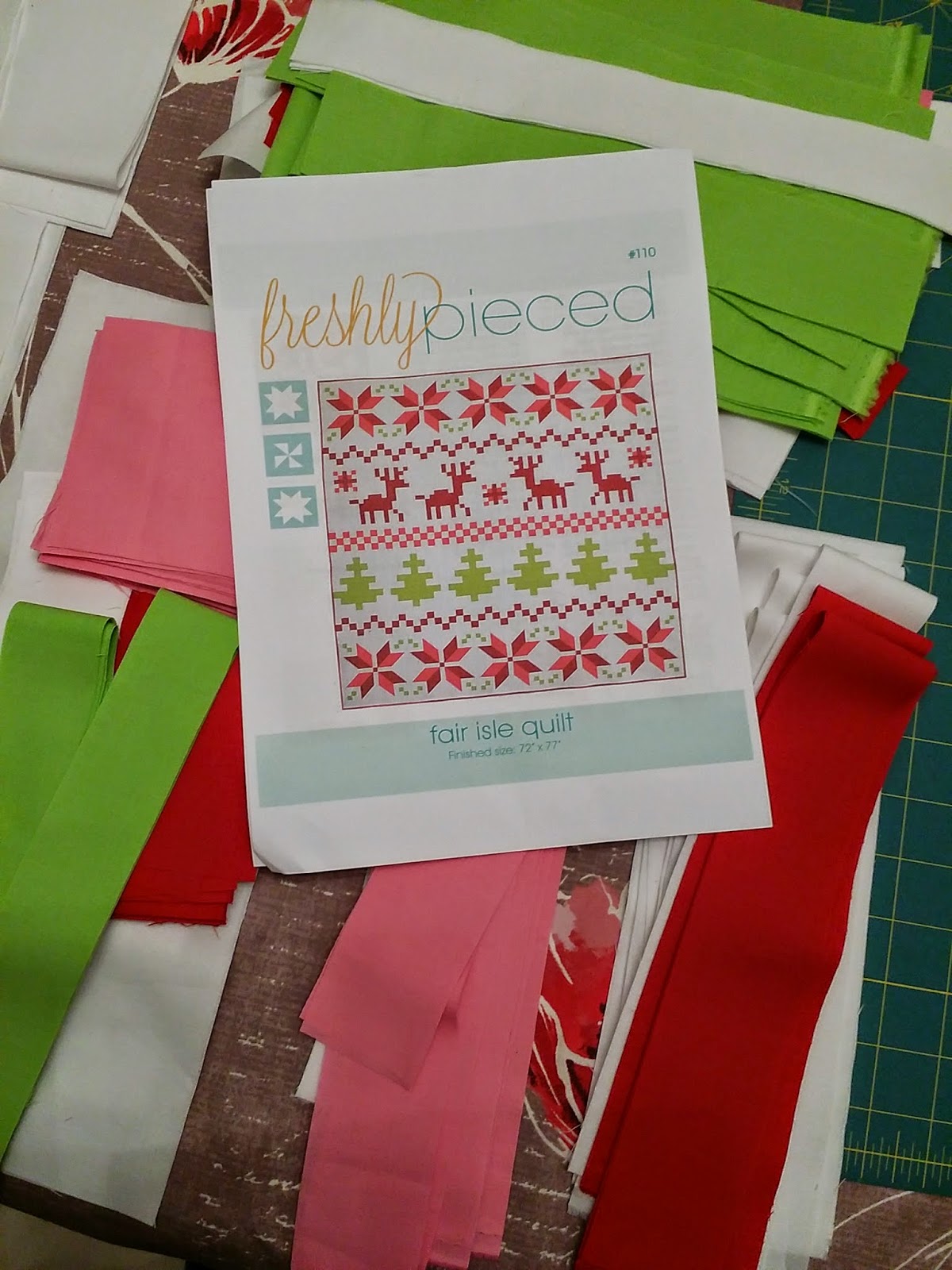 There was also the 318-paper piecing patterns sew-along. I made a few blocks in November but not as many as I was planning/hoping. I made another heart this month too for one more Christmas ornament. 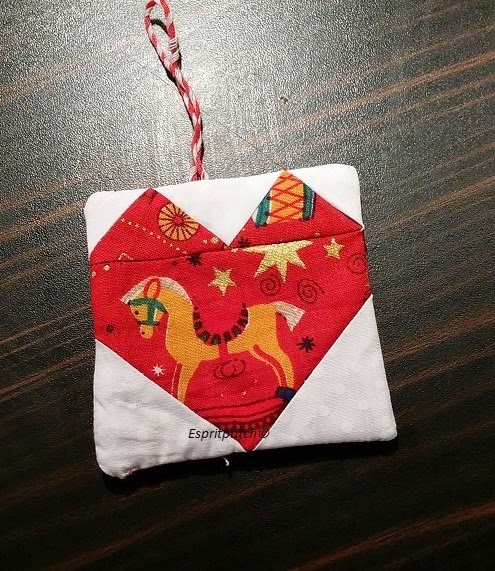 Then there was the Quilty Fun sew-along on IG that I tried to resist but I am so weak ;-) that I ordered the book to play along anyway. And the book was on back-order in the UK so it took 3 weeks to come and arrived just last week-end... Anyway I managed to make Mr Cookie which was an instatute before the holidays but nothing else. 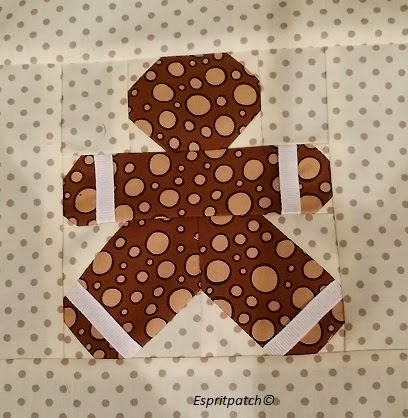 Hopefully we will try to stay motivated and focused with Jane and Reene to have a finished quilt by next Christmas!

And after that there was the Mr Snowmen sew along on IG as well. I have been better with this one since I have sewn all 9 snowmen. I used a charm pack of Summerville that I had stashed a long time ago and a frosty blue background fabric that I had left from my table runner to make the blocks and various scraps of red for the scarfs. 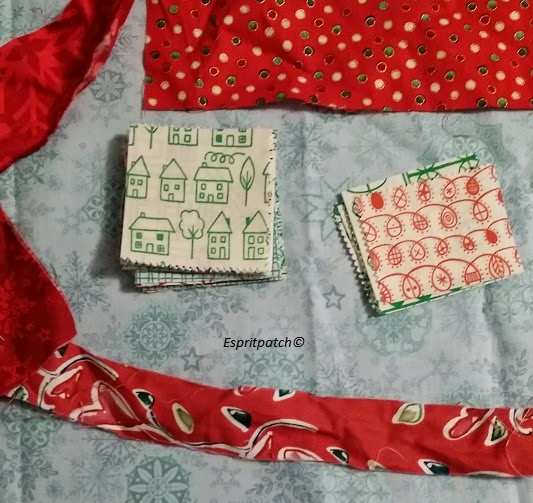 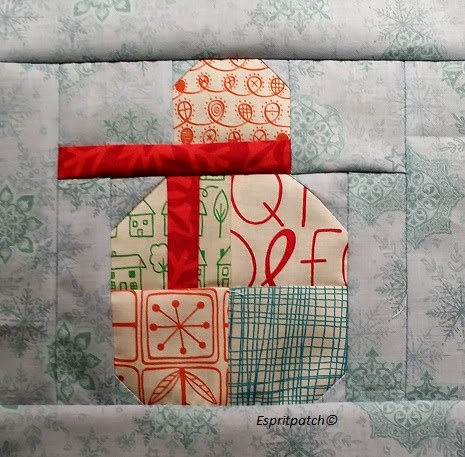 I pieced all my blocks while sewing other blocks and soon my 9 blocks were ready. 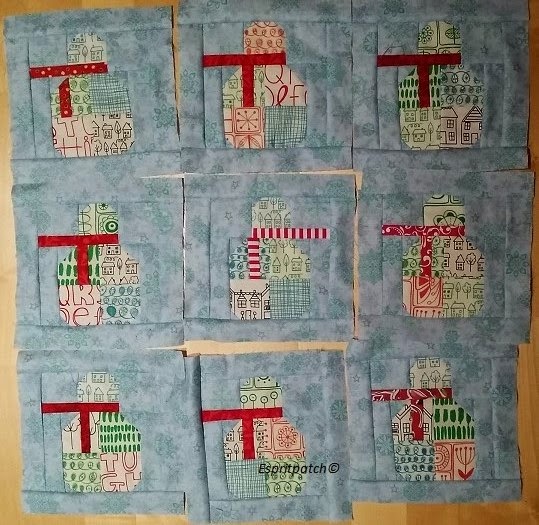 The snowman in the centre has his scraf this other side because his is very special, it is made of the tie from the mini Esther sent me!

Now the snowmen needs a nose and eyes as well as some buttons before I can finish off my Frosty cushion, hopefully sometimes in January.

And finally there was the last-minute Christmas sampler that I really wanted to try out as well but I haven't got any further than printing the paper piecing patterns for this one!

I suppose one lesson to be learnt from this, or a note to self would be to not sign for as many swaps at the end of the year and get ahead with my Christmas presents by making them earlier or through the year! Let's hope....

Anyway, that's another 11 blocks for the 350-blocks challenge, taking me to 19 this month.
Linking to WOW.
Celine

Email ThisBlogThis!Share to TwitterShare to FacebookShare to Pinterest
Labels: Christmas, quilt along, WIP 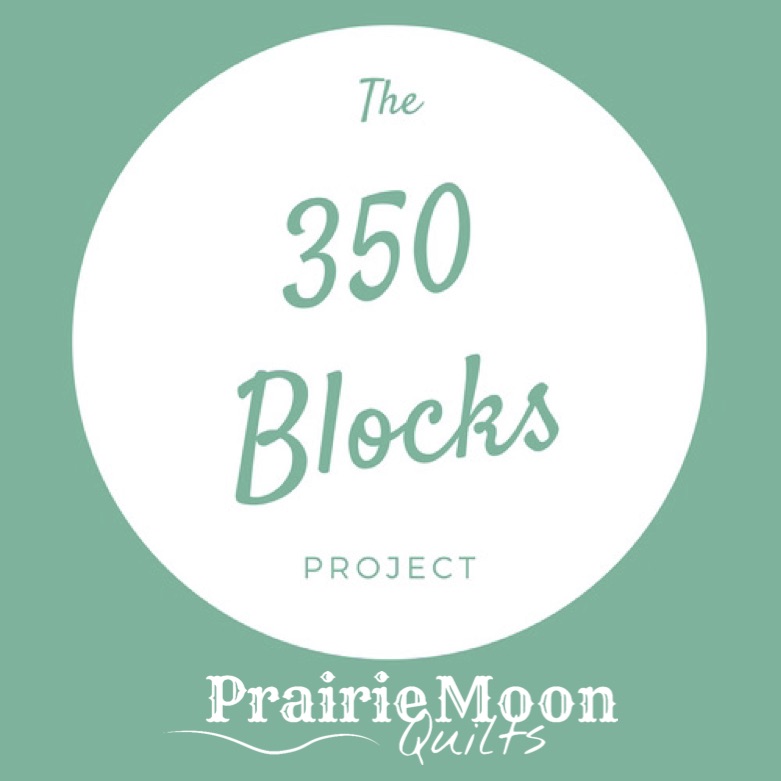